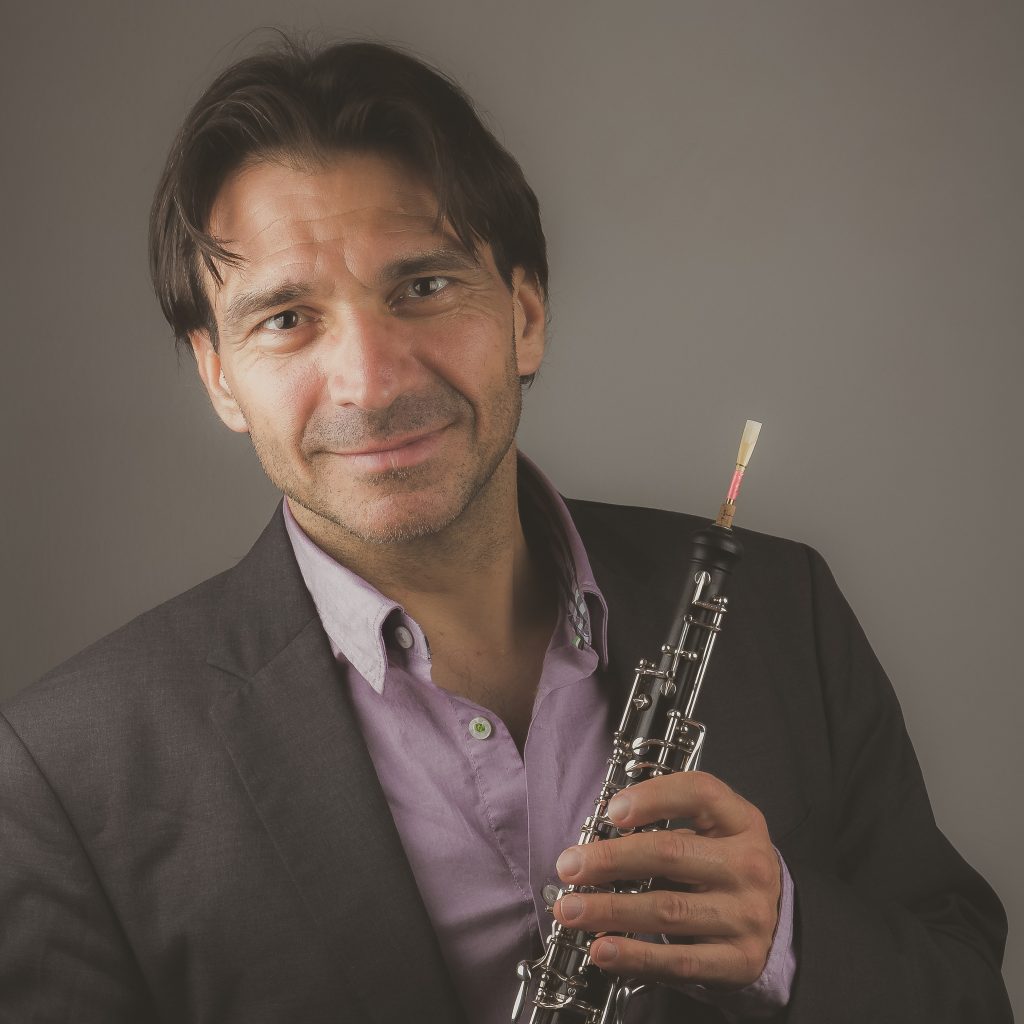 He started his oboe studies at the age of 13 in Budapest and was a pupil of Tibor Szeszler. From 1987 to 1992, he studied in Vienna as a pupil of Prof. Günter Lorenz. He participated in masterclasses with Ray Still, Heinz Holliger, Hansjörg Schellenberger, Gordon Hunt, Alex Klein, Omar Zoboli and Laszlo Hadady.

From 1992 to 2003 he was first oboe of the Orquestra Clássica da Madeira in Portugal.

He has made TV and radio recordings, played recitals and solos with orchestras in Austria, Hungary, Portugal, Italy, the Czech Republic, in the United States, and participated in international festivals as soloist in Croatia, Spain and China.

Among others, he has also played the European premiere of « Desconcertante for Oboe and Orchestra » by contemporary Brazilian composer Lindembergue Cardoso, in 1997.

Also, since 1992, he has been a teacher at the Conservatory of Music of Madeira. From 1998 to 2000 he studied conducting and in 1999 he obtained his master’s degree with distinction at the University of Music in Vienna.

Since September 2003 he has been principal oboist of the Zagreb Philharmonic Orchestra.

Zoltán Hornyánszky is often invited to collaborate with the Opera of Rijeka and Zagreb, the Croatian Chamber Orchestra, the Dubrovnik Symphony Orchestra and the Radio-Television Symphonic Orchestra of Croatia among others, and to various chamber ensembles.

He has also played various times as soloist at the Organ Festival of Sibenik, plays regularly with guitarrist István Römer and with the string quartet « Rucner ».

Since 2012 he has been lecturing at the International Summer Music School on the island Brac.