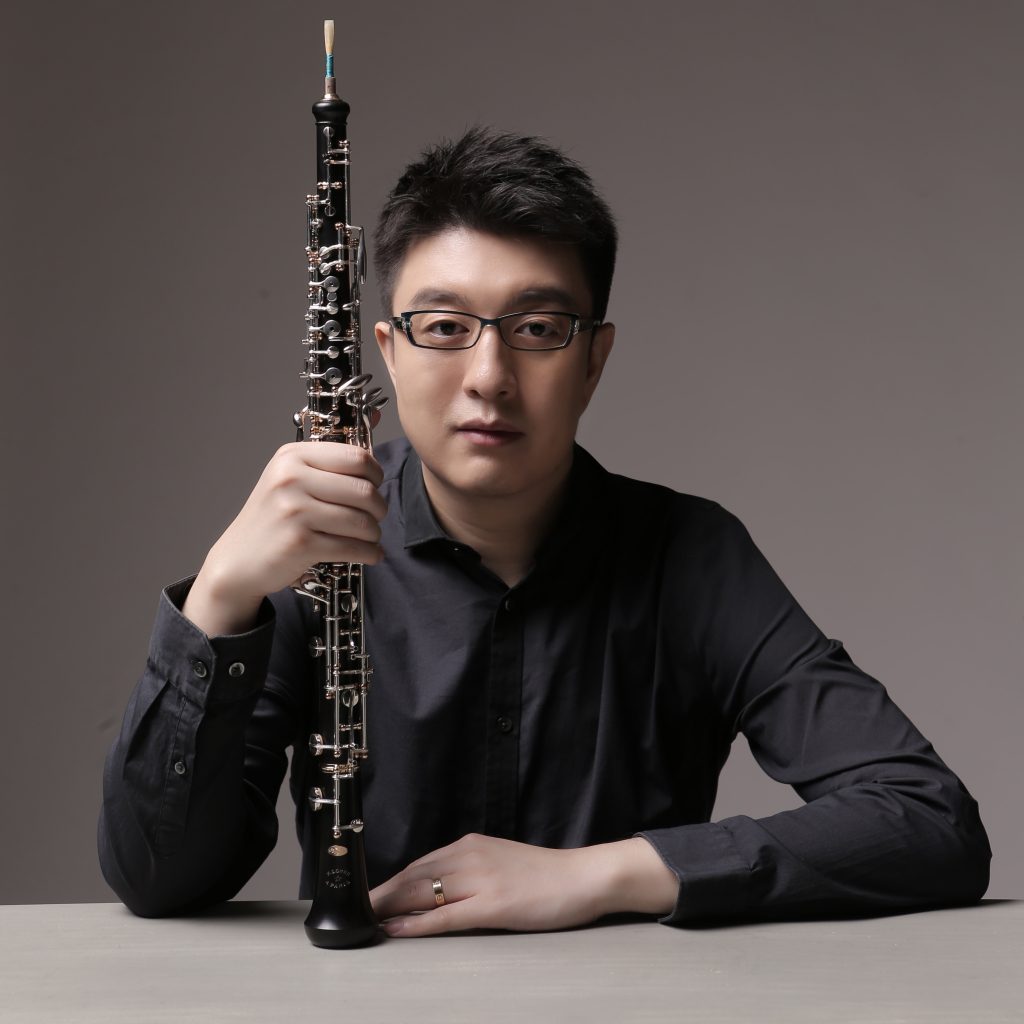 Rui Liu, young oboist, oboe teacher in Tianjin Conservatory of Music, got his Master of Music degree at Boston University and now is a member of Tianjin Musicians Association, and guest oboist in Tianjin Opera and Dance Drama Theatre.

In 2003, he studied at Tianjin Conservatory of Music under the tutorage of oboe professor Liu Zhongchun. At the same time, he also studied for the performance of symphony excerpts with Li Shenghu, the principal oboist of China National Symphony Orchestra. In 2005, on behalf of the Orchestra Department of Tianjin Conservatory of Music, he participated in the 10th anniversary of the death of Polish composer Witold Lutoslawski organized by the Polish Embassy, and performed Lutoslawski’s oboe solo work “Epitaph” for Oboe and Piano, which was well received. During his undergraduate study, he was invited to participate in the rehearsal and performance of China National Symphony Orchestra under the baton of Maestro Li Xincao, and successfully performed Mahler’s Symphony No.1 “Titan”, Symphony No.2 “Resurrection”, and Symphony No.9 among other famous works at major concert halls in Beijing.

In 2008, he was admitted to Boston University, School of Music with a full scholarship. He studied under the tutorage of Laura Ahlbeck (former principal oboist of Boston Pops Esplanade Orchestra and Lyric Opera) and Robert Sheena (principal English horn player of Boston Symphony Orchestra), and graduated with honor and obtained Master of Music degree as well as Performance Diploma. During his stay in the United States, he served as the principal oboist of the Symphony Orchestra and the Opera House of Boston University. He also performed with renowned American composer and conductor Gunther Schuller and his performance was video-broadcast live on Boston Music Channel. He also participated in various oboe master classes, and received guidance by John Ferrillo, Mark McEwen, Andrew Price and Richard Dallessio.

Since returning to China in 2014 as an oboe teacher, he has successfully held a number of solo recitals and a series of lectures, and published the paper about American oboe reed making on an academic journal. He held a special concert in 2017 in the Chamber Music Academic Season of Tianjin Conservatory of Music. He was also invited as an expert to participate in The Third Summer Camp for Orchestra and Percussion in Shanxi Province and the Kunming International Music Festival in China. He participated in many performances at Tianjin May Festival and cooperated with famous conductors such as Zheng Xiaoying, Tang Muhai, Xu Zhijun, Mariusz Smolij, Steven Davis, etc. and participated in performances for international exchange activities and art festivals at the National Center for the Performing Arts, Tianjin Grand Theatre, Shenzhen Grand Theatre, Zhuhai Grand Theatre, Shanghai Oriental Art Center, Goyang Aram Nuri Arts Center and Sangmyung University in Korea.