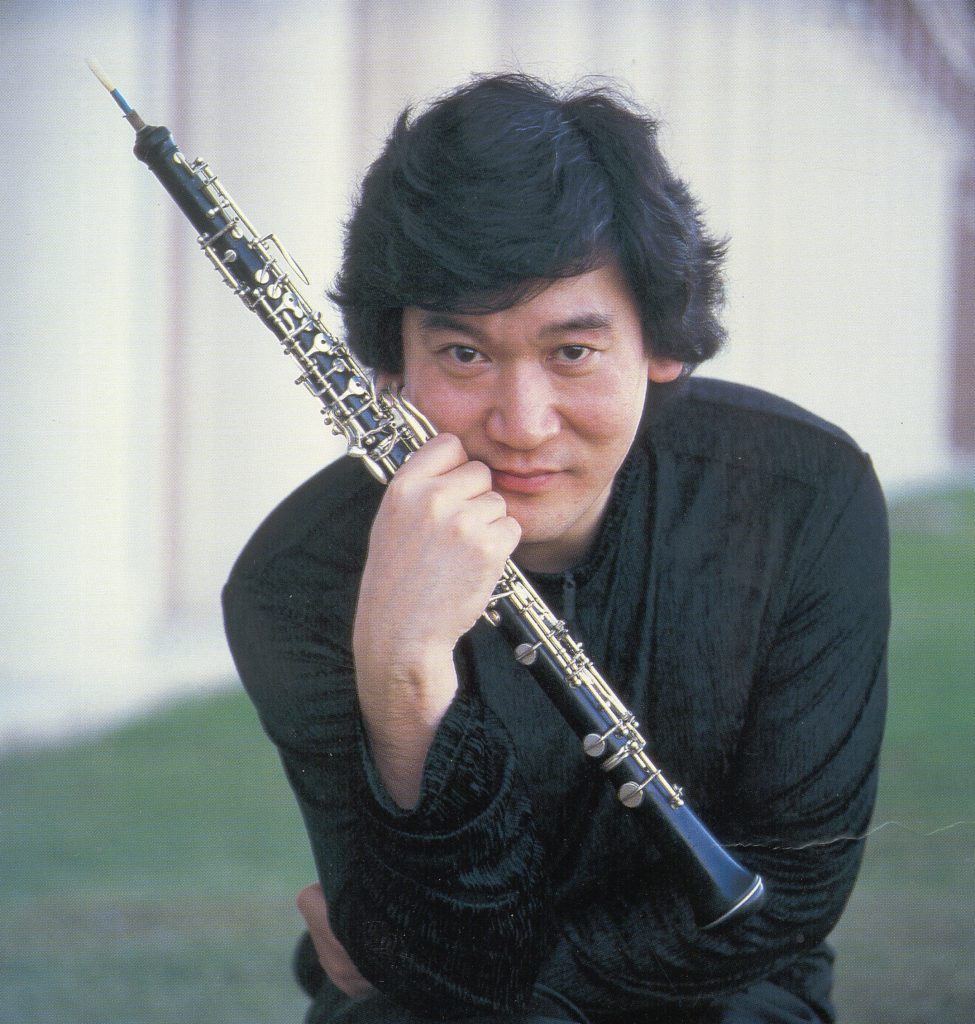 Keisuke Wakao was appointed assistant principal oboe of the Boston Symphony Orchestra and principal oboe of the Boston Pops Orchestra in fall 1990. The legendary composer and former Boston Pops conductor John Williams dedicated his Oboe Concerto to Mr. Wakao, who was soloist in the world premiere of the concerto in May 2011 with the Pops under the composer’s direction. He also performed a movement of the concerto for the Boston Symphony’s John Williams 80th Birthday Celebration at Tanglewood in August 2012. Wakao’s recording of Oboe Concerto with the Boston Pops and John Williams is available as a digital download via iTunes and BSO.org.

Prior to the Boston Symphony, Keisuke Wakao was a member of the New World Symphony, founded by Michael Tilson Thomas, beginning with its inaugural season in 1988. A native of Tokyo, he performed with the New Japan Philharmonic under Seiji Ozawa in 1985 and made his concerto debut with the Tokyo Symphony Orchestra under Kazuyoshi Akiyama in 1989. He made his Tokyo recital debut in 1997 and performed with pianist Christoph Eschenbach in a recital at Sapporo’s Pacific Music Festival.

A committed teacher himself, Mr. Wakao founded the annual Keisuke Wakao Oboe Camp in Tokyo in 1988 and is on the faculties of both the New England Conservatory and the Longy School of Music. He is director of the Daikanyama Hillside Terrace Music Festival in Tokyo, founded the Church of the Redeemer Concerto Series in Chestnut Hill and the Ventfort Hall Summer Chamber Music Concert Series in Lenox, Massachusetts, and sponsors the American-Japanese Cultural Concert Series, which has featured performances with Yasushi Toyoshima, Kazusa Mizutani, Emanuel Ax, Christoph Eschenbach, Masaharu Yamamoto, and Maurice Bourgue.

Mr. Wakao has made three solo recordings on the Denon label, including Abendlied with pianist Christoph Eshenbach; Keisuke Wakao Plays John Williams, a disc featuring film music by the composer. His most recent recording, a disc of French repertoire recorded in Paris, will be released by Warner Classics in April 2014.