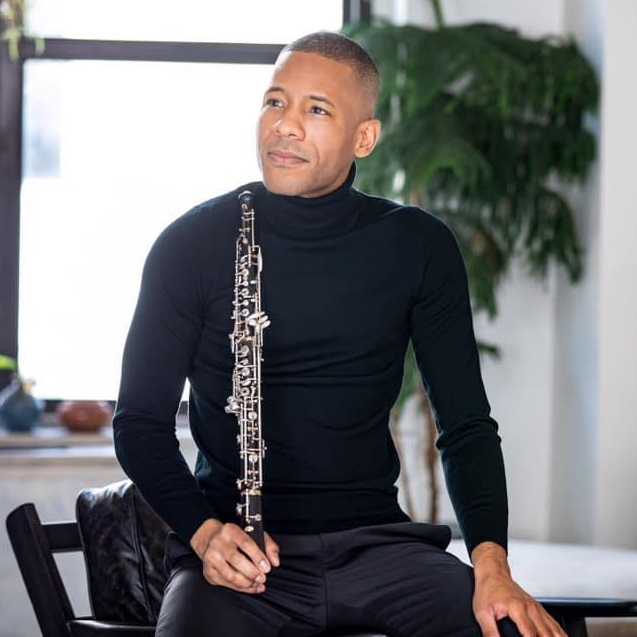 Noted for his clarity of tone, range of colors, and energetic stage presence, Mr. Anderson was the oboist of the acclaimed innovative New York-based chamber music ensemble SHUFFLE Concert (Ensemble Mélange), a position he has held from 2011-2018. With the ensemble, Mr. Anderson toured Israel three times, performed on series throughout the US and Canada, including the Duplex, Weill Recital Hall at Carnegie Hall, the Rose Studio at Lincoln Center, New York’s Rhinebeck Chamber Music Society Series, Los Angeles’s L’Ermitage Concert Series, Pennsylvania’s Lancaster Performing Arts Center, and Pepperdine University Center for the Arts in California, as well as at such distinguished summer festivals as Cooperstown Music Festival, Buck Hill Skytop Music Festival, Canada’s Chamberfest Ottawa, to name a few.

Equally adept in the classical and jazz genres, and dedicated to the next generation of musicians, Mr. Anderson regularly schedules teaching opportunities around his performances. He has served as a teaching artist for Carnegie Hall (Weill Music Institute), The Little Orchestra Society in New York City and Jazz House Kids, the only community arts organization in New Jersey exclusively dedicated to educating children through jazz. Mr. Anderson has also served on the faculties of The Juilliard School, Manhattan School of Music, and the Harlem School of the Arts.

As a conductor, Mr. Anderson has led a wide range of ensembles, including The Jacksonville Symphony Orchestra, The University Orchestra of the City University of New Jersey, and numerous choral and smaller orchestral groups on both the East and West Coast. From 2014-2021, Mr. Anderson has served as the conductor of the Juilliard School Music Advancement Chorus.

Currently, Mr. Anderson is the Co-Artistic Director of The East Coast Contemporary Ensemble (ecce) and was recently named (Spring 2021) Assistant Professor of Oboe and Coordinator of Teaching Artistry at the University of South Carolina.