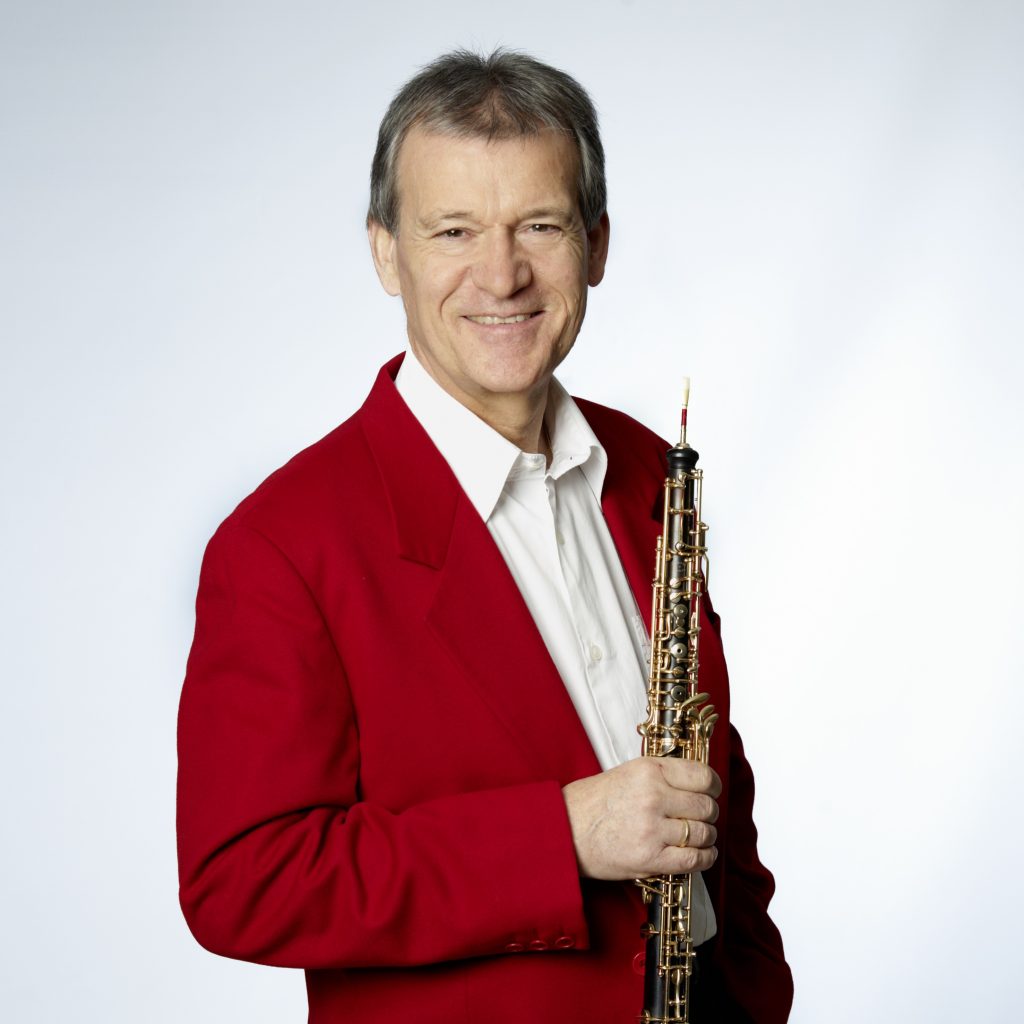 Hansjörg Schellenberger was born in Munich, Germany, in 1948. He started playing the oboe with the solo oboist of the Regensburg City Theater. Only four years later, in 1965, the young musician was victorious at the Jugend musiziert German national competition. This success was followed by a summer stay at the international music camp in Interlochen, Michigan, where Schellenberger participated in a competition for young talents and also won the first prize.

By twenty-one years old, Schellenberger became an oboe pupil of Manfred Clement and was instructed in conducting by Jan Koetsier. After concluding his training and a one-year master class, Schellenberger became an oboist in the Cologne Radio Symphony Orchestra in 1971 and subsequently advanced to the post of its solo oboist in 1975. He concurrently pursued further studies under Helmut Winschermann (oboe) and Martin Stefani (conducting) at the Detmold College of Music. In 1977 Schellenberger regularly began assisting in the series of the Berlin Philharmonic, which made him its solo oboist three years later.

During all these early years Hansjörg Schellenberger had already distinguished himself on the national and international level with numerous awards and activities. He was the winner in oboe at the German Music College Competition in 1971, and the second prize at the ARD Competition in Munich in 1972. He began ten years of teaching at the Berlin College of the Arts in 1981, and from 1985 to 1998 he organized summer courses at the Accademia Chigiana in Siena on an annual basis.

In 1983 he was among the founders of the Ensemble Wien-Berlin, and in 1991 he founded the Berlin Haydn Ensemble. During all his « philharmonic years » in Berlin (1980-2001), he was active as an oboe teacher at the orchestra academy of « his » orchestra, which he also served in a managerial capacity in the field of sound and television productions from 1983 to 1997.

While Schellenberger continued to appear both as a chamber musician and a soloist with many outstanding colleagues and conductors of the rank of Herbert von Karajan, Carlo Maria Giulini, Riccardo Muti, Zubin Mehta, and Claudio Abbado, his own orchestral conducting gradually returned to the foreground. After a concert series with the Orchestra di Padova e del Veneto in 1995 he received constant new conducting offers: the Orquesta de la Comunidad de Madrid, Jerusalem Symphony Orchestra, Orquesta de Valencia, and Orchestra of the Florentine Maggio Musicale were among the ensembles with which he performed so successfully during the following years that his departure from the ranks of the Berlin Philharmonic was evidently only a matter of time. The Camerata Salzburg, Spanish National Orchestra, NHK Symphony Orchestra of Tokyo, Orchestra Verdi from Milan, German Radio Philharmonic of Saarbrücken-Kaiserslautern, and many other top-quality orchestras have regularly welcomed Hansjörg Schellenberger as their guest conductor. His cooperation with his wife, the harpist Margit-Anna Süß, in chamber performances and on the concert stage is also of central artistic importance to him. For more than twenty years this « family business » has formed a very sought-after duo and has acquainted music fans at countless German performance venues and on many international tours with special repertoire gems. In the last years several concerto tours took them to Japan.

Since 2000 he has had a small and very select oboe class at Europe’s only purely privately-run school of music, the Escuela Superior de Musica Reina Sofia in Madrid, where he also teaches the chamber music classes for the wind players of the school’s International Institute for Chamber Music.

The artist has demonstrated his work as a musician on more than fifty CDs with all the major recording firms. Moreover, in 1997 he founded his own label, Campanella Musica, on which he himself is represented with works by composers such as C. P. E. Bach, Joseph Haydn, and Ludwig van Beethoven as well as with a French baroque program and various works by modern classical composers.