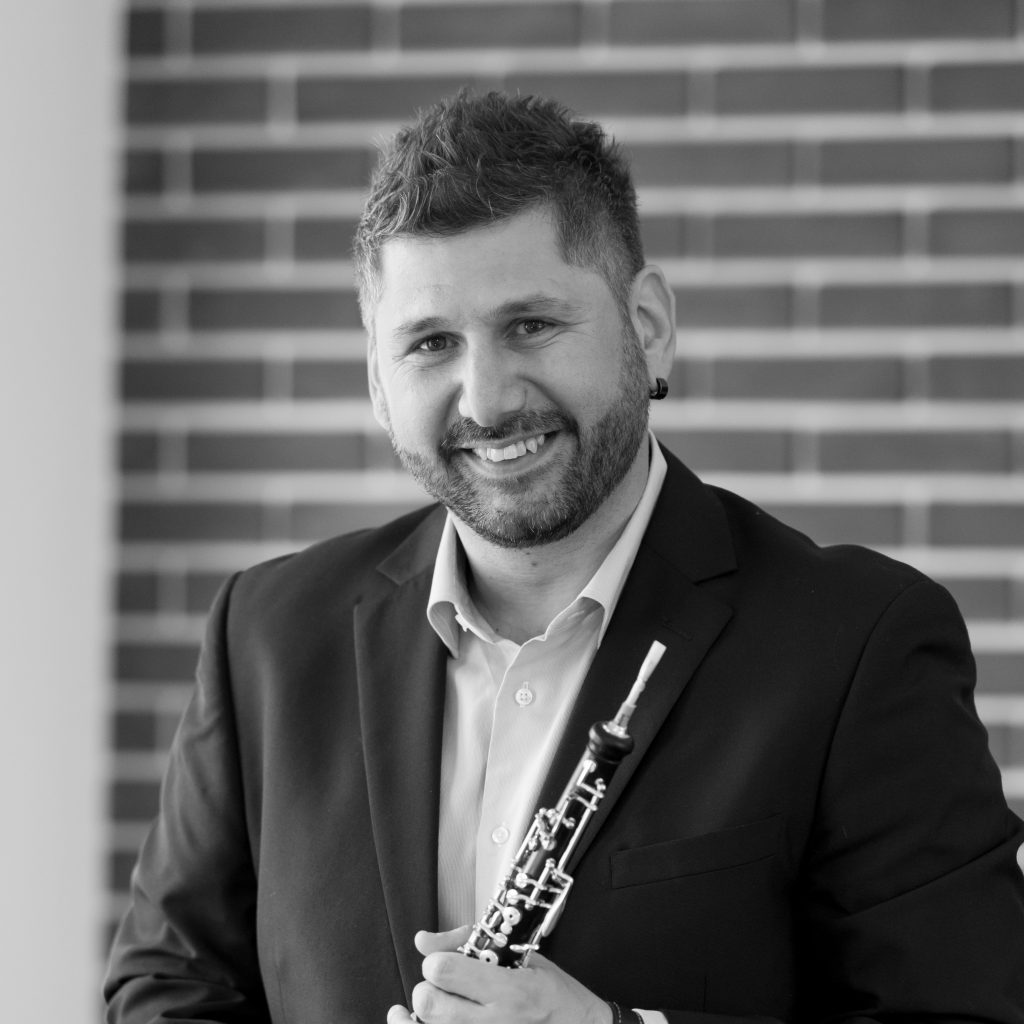 He was born in Athens (Greece) and raised in a family of musicians.

He began his studies at the age of eleven with professor C. Argiropoulos at music conservatoire of
Zografou and seven years later in 1997 he graduated with honors from Athens Conservatoire under
professor C. Siele.

In 1995 and 1996, Mr. Oikonomou was already a member of the World Youth Symphony Orchestra (Jeunesses Musicales), performing under the button of great conductors such as Sir Neville Mariner, Yuri Temirkanov, Kurt Mazur and Michel Tilkin. Since then, he has performed as a soloist in many concerts with the most respective orchestras and chamber ensembles in Greece, England, Turkey, Finland, Italy, Germany and Austria, often premiered works for solo oboe written by inspiring composers around the world.

In 2003, after receiving an invitation from the famous American Ballet Theater, he performed four
concerts as a soloist at Odeon Herodus Atticus. In the same year he was accepted in the Manhattan
school of music of New York amongst 200 candidates in J. Robinson’s class, principal oboist of New
York Philharmonic at the time.

Since 2008 he is a chief of woodwind section in Greek-Turkish Youth Orchestra collaborating with
conductors such as V. Ashkenazy, C. Mansur, A. Symeonidis, O. Orbon, etc.

Since 2003 he is Principal Oboe of the Athens State Orchestra and a prestigious teacher.