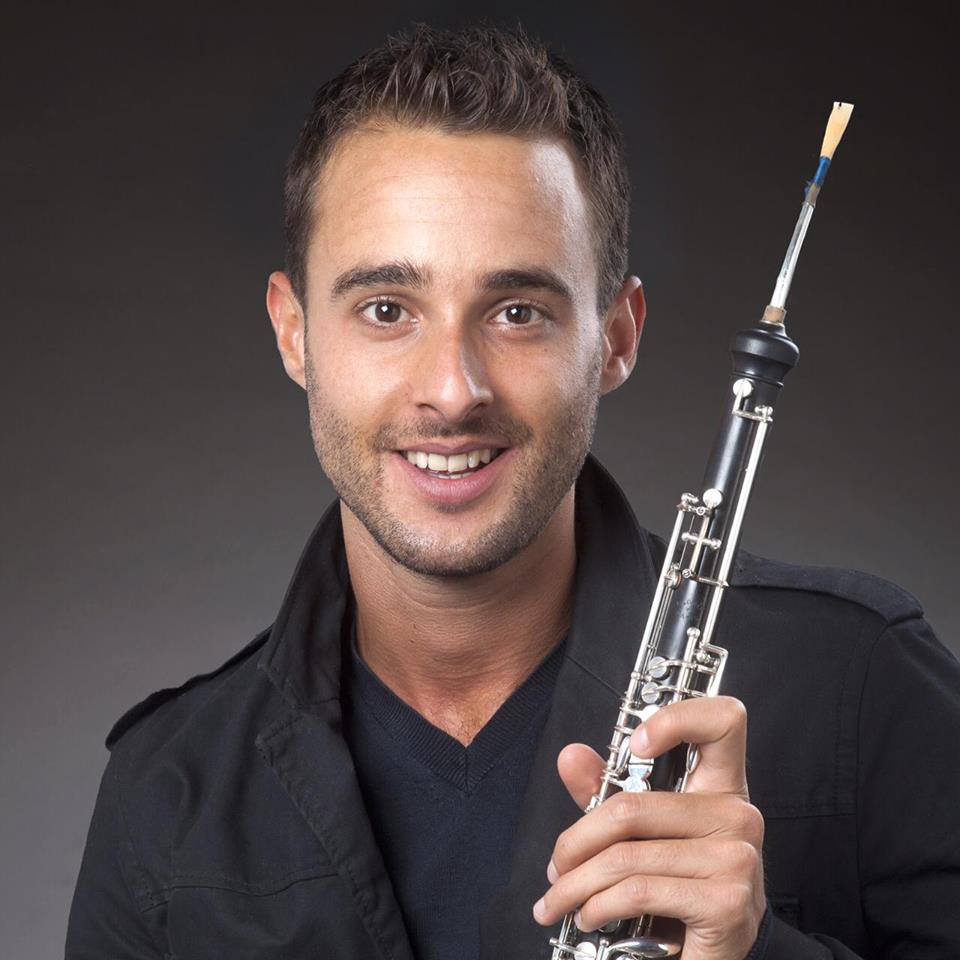 Born in 1987 in Detmold, Germany, of Swiss nationality and raised in Italy, Simone Sommerhalder started playing the recorder at the age of five and the oboe at ten at the Conservatorio della Svizzera italiana in Lugano. Later he had lessons from Diethelm Jonas and from Francesco DiRosa, principal oboist at the Milan Teatro alla Scala. From 2000 to 2005 he studied with Adriano Mondini at the Conservatorio “Giuseppe Verdi” in Como, Italy, graduating from this institution with highest honour. Simone attended master classes by Maurice Bourgue, Ingo Goritzki, Hansjörg Schellenberger, Daniel Stolper and others.

In 2000, Simone was awarded first prizes with distinction in both the recorder and oboe categories at the Swiss National Youth Music Competition in Berne, as well as first prize for oboe and second prize for recorder in the finals of the German National Youth Music Competition Jugend musiziert in Berlin. In 2002 and 2003, he was the recipient of a scholarship and a Fine Arts Award from the Interlochen Center for the Arts, Interlochen, Michigan. In 2003, he won Jugend musiziert again, and in 2006 he was a finalist in the Eurovision Young Musicians competition in Vienna, performing W.A. Mozart’s oboe concerto with the Wiener Symphoniker, broadcast live on TV throughout Europe.

A former member of the Interlochen World Youth Orchestra and Claudio Abbado’s Orchestra Mozart in Bologna, Simone later appeared with the Orchestra Filarmonica “Arturo Toscanini” under Lorin Maazel who appointed him assistant principal oboe of the newly founded Orquestra de la Comunitat Valenciana in Valencia, Spain, in 2006. A member of this ensemble until 2008, he recorded Wagner’s complete Ring as solo cor anglais under Zubin Mehta in 2008 and 2009. Since 2008, Simone Sommerhalder has been holding the position of solo cor anglais with the Leipzig Gewandhaus orchestra under Riccardo Chailly. In 2010 he moved to the same position with the Orchestra Sinfonica Nazionale dell’Accademia di Santa Cecilia in Rome under Antonio Pappano, obtaining tenure in 2011, but returned to the Gewandhaus in the same year for personal reasons.

As a soloist, Simone Sommerhalder has appeared internationally with orchestras such as the Vienna Symphony Orchestra, the Zurich Chamber Orchestra, the European Union Chamber Orchestra, the Philharmonic Orchestra of the City of Heidelberg, the Philharmonia Hungarica, the Lucerne Festival Strings and the Camerata Bern. In 2001 he played a recital at the renowned Mecklenburg-Vorpommern Festival. He recorded Ponchielli’s Capriccio for Oboe and Orchestra with the Staatskapelle of Mecklenburg and Matthias Foremny in 2010 for the MDG label. The recording was awarded with the famous german “Echo Klassik Preis” 2012.