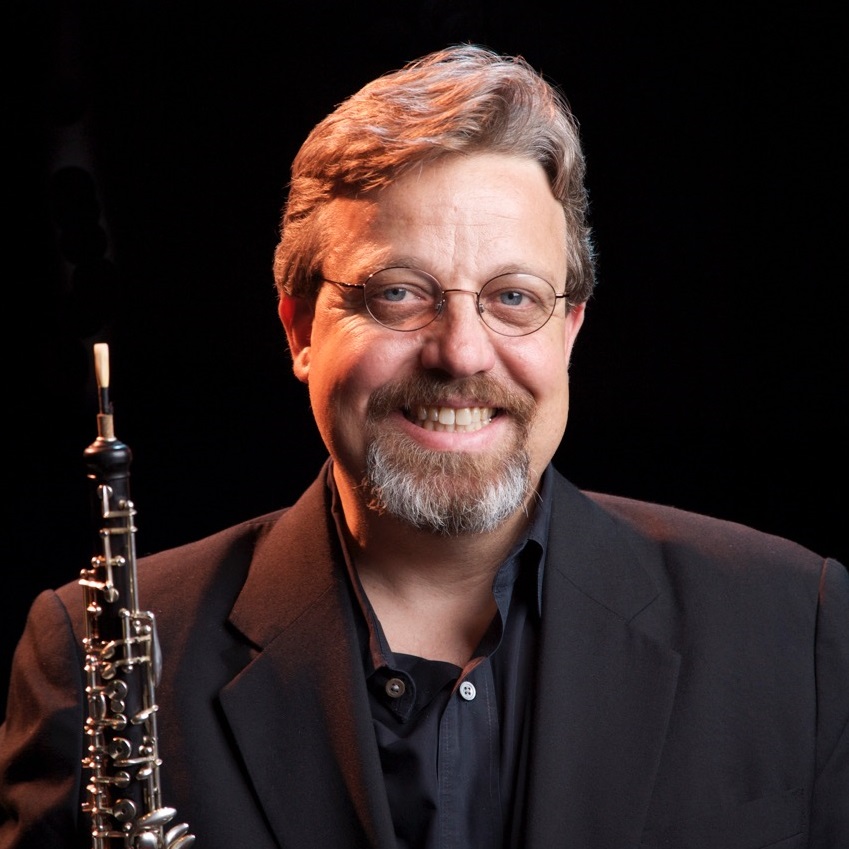 His recordings include numerous television commercials, pop music recordings, the movies “Spy Kids II”, “To The Wonder”, “Knight of Cups”, “The Vessel” and six recordings with the Wild Basin Winds – “Christmas”, “High-Wood”, “Three for Three”, “The Ugly Duckling and Other Stories”, “Wild Basin Music”, and “Ferdinand the Bull” – all available on iTunes.

Dr. Davidson is a Fulbright Senior Specialist for the United States Department of State and teaches at Texas State University where he holds the dual ranks of University Distinguished Professor and Regents’ Professor. He holds degrees from DePauw University and the University of Texas at Austin and his major teachers include Eric Barr, Richard Blair, Kenneth Holm and Richard Killmer. Professor Davidson performs and records exclusively on Loree Oboes and Loree English Horns.