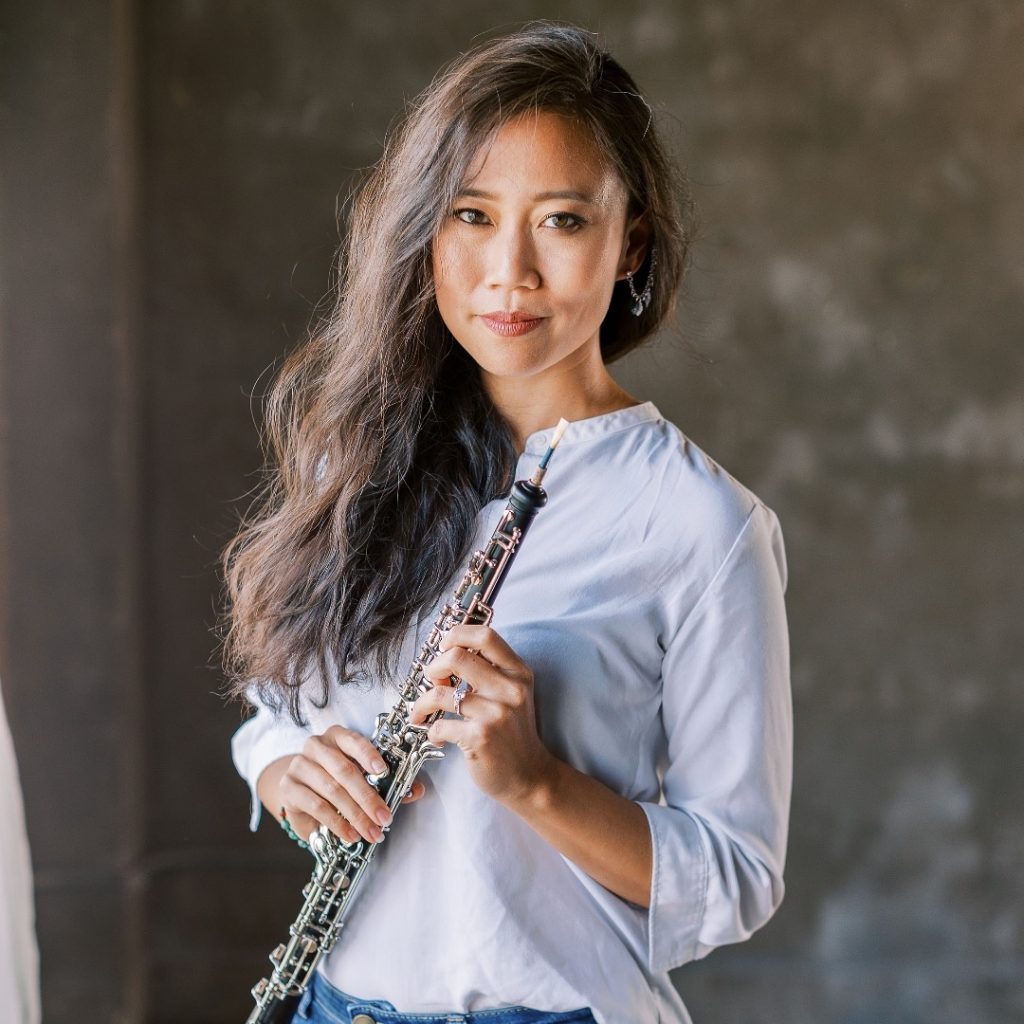 Quoted by DMV Classical as having “a consistently lovely tone and [taking] her melodic twists and turns with stylish assurance,” Emily Tsai began her musical studies at the age of four on the violin and started the oboe when she was ten.

Emily is the Assistant Principal Oboe of the Washington National Opera and Kennedy Center Opera House Orchestra and the oboist and touring director of the internationally renowned wind quintet, WindSync, gold medalist at the International Fischoff Competition and medalist at the M-prize Chamber Arts Competition. She has performed with WindSync in prominent venues such as Ravinia, IL, the Library of Congress, DC, the Grand Tetons Music Festival, WY, Strathmore, MD, among others and has taught artist residencies at many colleges and universities, including the
Eastman School of Music, Northwestern University, University of Maryland, Orchestra of the Americas, and New World Symphony. She has made solo appearances with the Lafayette Symphony Orchestra, the River Oaks Chamber Orchestra, the Alba Music Festival Orchestra, the Paragon Philharmonia, the Amadeus Orchestra, and others. Besides WindSync, Emily has performed chamber music with such prominent musicians as Nathan Hughes, Frank Morelli, Clive Greensmith, and Martin Chalifour.

Emily has been on a number of recorded albums and singles including WindSync’s most recent album release, All Worlds, All Times, which debuted at #2 on the Classical Billboard charts. Other recordings include WindSync’s Pulcinella Suite and D’amore Duo’s Behind the Moon among others. She has also arranged and recorded many
pieces for wind quintet and double reed choir. She will be recording WindSync’s newest album at the famous Abbey Roads Studio in London, UK.

In her downtime, Emily has completed a number of half marathons, a full marathon, an Olympic triathlon, and a Tough Mudder, and loves to do various outdoor adventures with her husband, Karl. Inside, she can be found playing video games, and spoiling her two adorable cats, Xenia and Perch.

Emily plays on a Lorée Royal oboe and a Lorée English Horn. Visit her website to see where she is performing this season and to learn more.