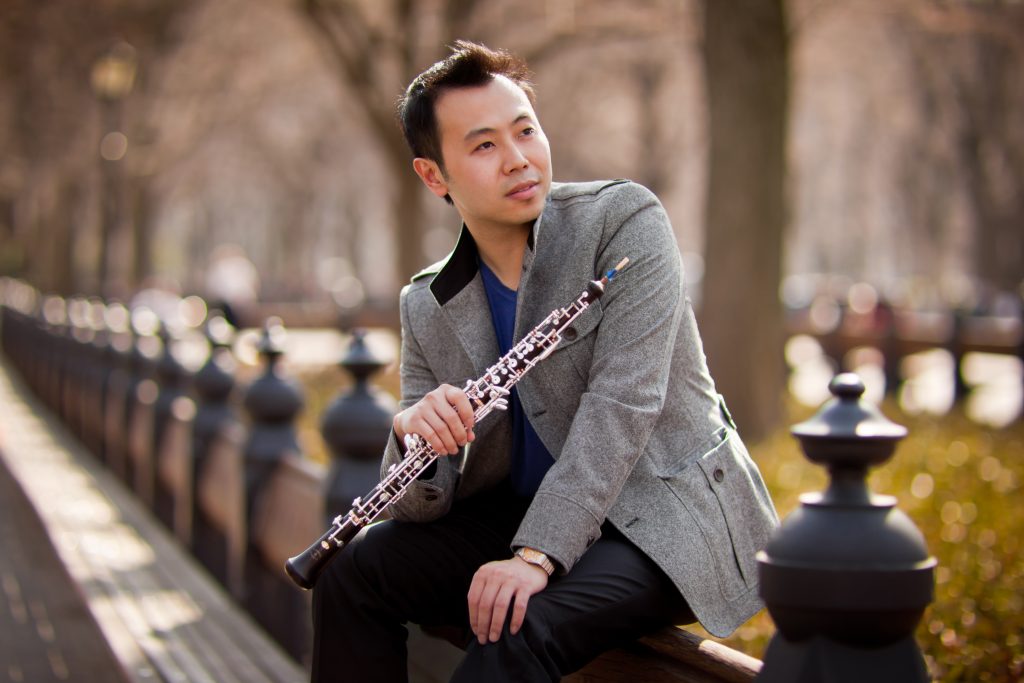 Liang Wang joined the New York Philharmonic in September 2006 as Principal Oboe, The Alice Tully Chair. Previously, he was principal oboe of the Cincinnati Symphony Orchestra (2005–06), Santa Fe Opera (2004–05), and San Francisco Ballet Orchestra; associate principal oboe of the San Francisco Symphony; and guest principal oboe of the Chicago and San Francisco Symphony Orchestras. He has performed as concerto soloist with the New York Philharmonic 28 times, including his debut performing Richard Strauss’s Oboe Concerto, led by Xian Zhang, in Hong Kong during the Orchestra’s 2008 tour of Asia. In addition, he has been heard as a featured player in works ranging from J.S. Bach’s St. Matthew Passion and Brandenburg Concerto No. 1 to Mahler’s Das Lied von der Erde and Varèse’s Octandre.

Recipient of the 2014 Beijing International Music Festival Artist of the Year award, Mr. Wang serves as artist-in-residence of the Qing Dao Symphony Orchestra, his hometown orchestra, in the 2014–15 season, at the invitation of the mayor. He was invited by the Presidents of China and France to perform Chen Qigang’s Extase with the Orchestre Colonne de France at Versailles’s Royal Opera House in March 2014 to celebrate the 50th anniversary of France-China diplomacy.

Born in Qing Dao, China, in 1980, Liang Wang began oboe studies at the age of seven. In 1993 he enrolled at the Beijing Central Conservatory, and in 2003 he completed his bachelor’s degree at The Curtis Institute of Music in Philadelphia, where he studied with Philadelphia Orchestra principal oboist Richard Woodhams.

An active chamber musician, he has appeared with the Santa Fe Chamber Music Festival for ten seasons, Angel Fire Music Festival, and La Jolla Music Society’s SummerFest, with which he premiered Sean Shepherd’s Oboe Quartet. He has given master classes at the Cincinnati Conservatory, The Juilliard School, Mannes College of Music, Manhattan School of Music, The Curtis Institute of Music, Seoul University, New York University, and the Beijing, Shanghai, Hanoi, and Singapore conservatories. He is currently on the faculties of the Manhattan School of Music and New York University, and is an honorary professor at Beijing’s Central Conservatory of Music and the Shanghai Conservatory of Music.