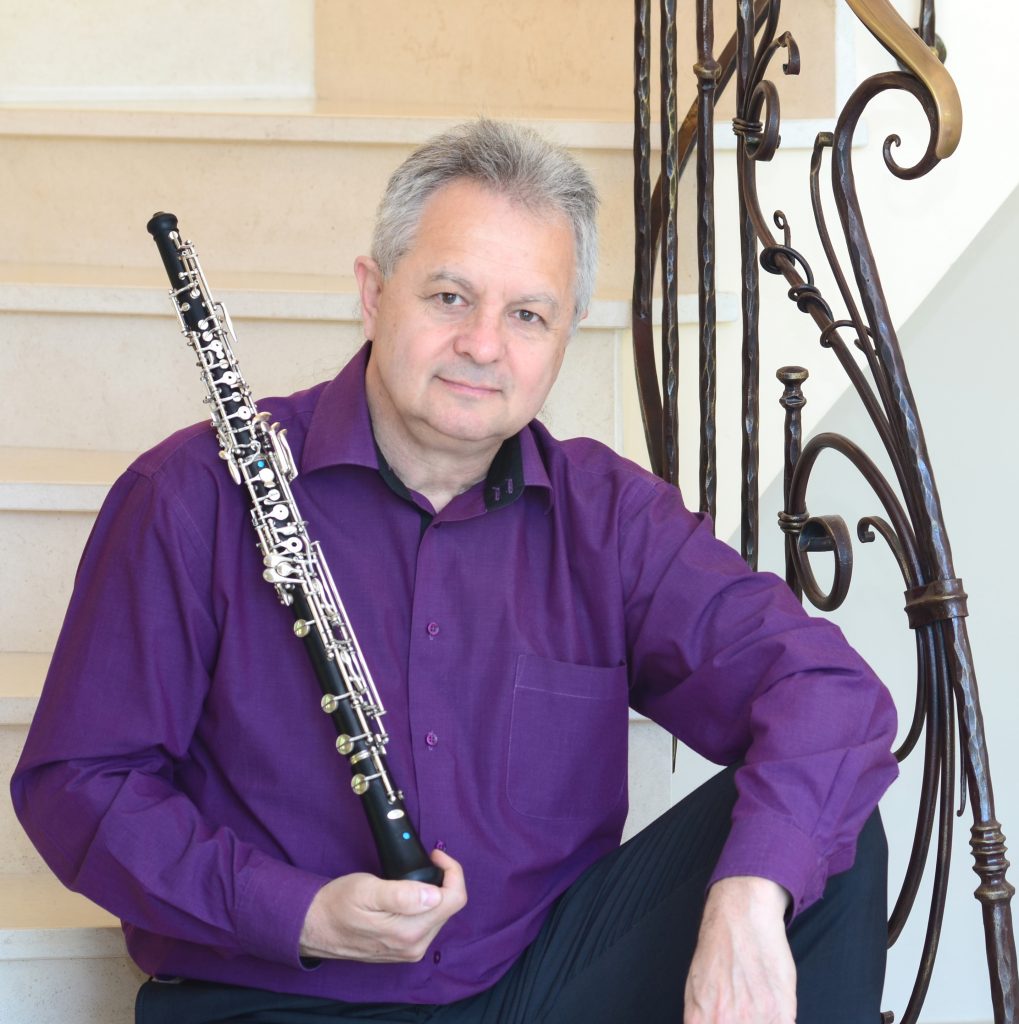 László Hadady graduated from the Franz Liszt Academy of Budapest.

From 1976 to 1980, he was soloist of the Hungarian State Concert Orchestra.

From 1980 to 2010, he was solo oboist in Pierre Boulez’s Paris chamber orchestra “Ensemble  Intercontemporain”.

He has played as solo oboist in the Paris Opera Orchestra, French Radio Orchestra, Paris Chamber Orchestra, Budapest Festival Orchestra, Latvian National Orchestra, Bamberger Symphoniker and he was Principal Oboist of the New York Philharmonic Orchestra during the summer of 2006.

He performed as soloist with the London Philharmonia Orchestra, and also appeared as a soloist with other orchestras in Great Britain, France, Argentina, Germany, Latvia, Russia, Holland and Hungary. In 1995 the Chicago Symphony Orchestra invited him to perform as soloist for several concerts.

Since 1995, he is professor at the Conservatoire National Supérieur de Musique de Paris.

He conducted the Budapest Symphony Orchestra in several concerts and the Sinfonietta Riga.

He has given over 2000 concerts and masterclasses in 60 countries worldwide.