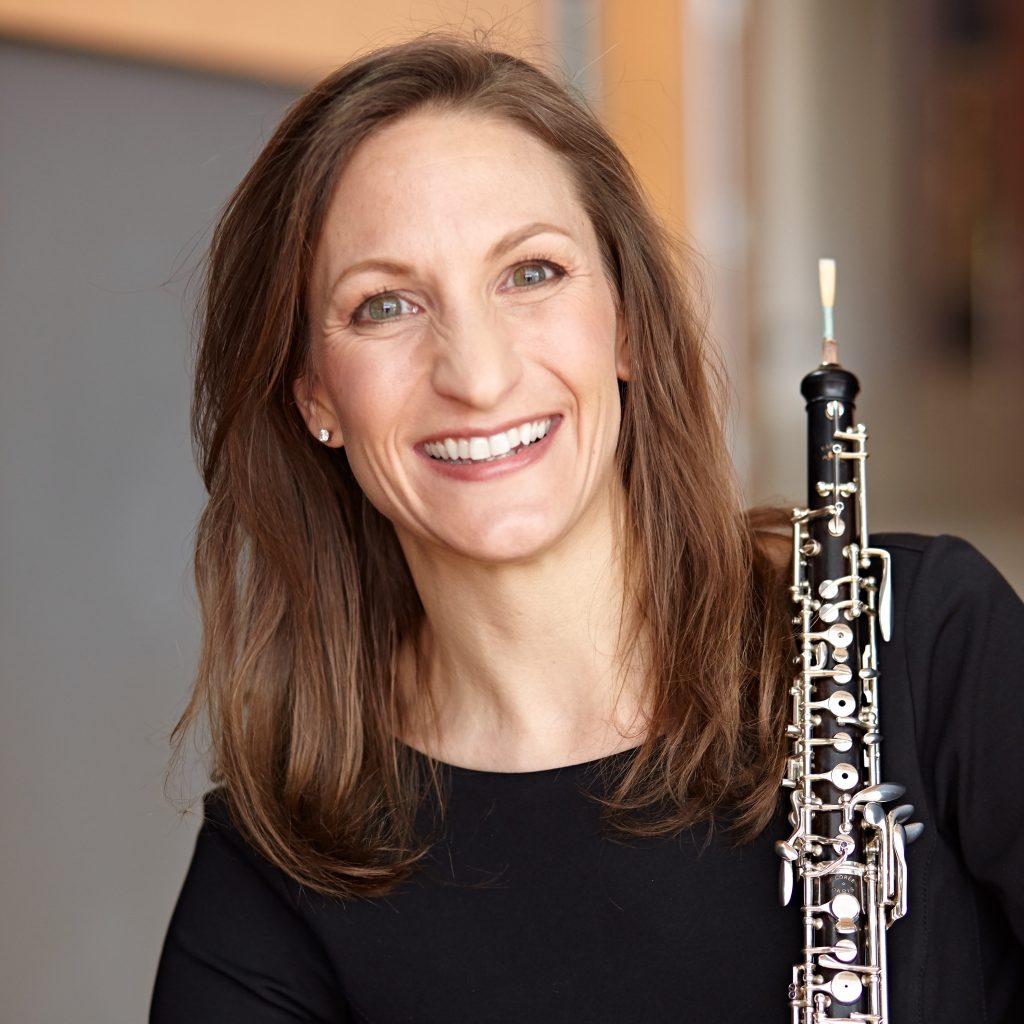 She was previously a member of the Omaha Symphony, and held the principal oboe post with the United States Air Force Band of the West, stationed in San Antonio, Texas. During her enlistment, she was a soloist with the concert band and toured with the Southwest Winds Woodwind Quintet.

As a concert soloist, Gramolini Williams won the praises of The New York Times in 2014, who reported, “Julie Gramolini Williams needs to be singled out for her excellent oboe solos in both the Strauss [Don Juan] and the Beethoven [Symphony No. 3] in both concerts.” She performed as oboe soloist in a 2016 performance of Frank Martin’s Concerto for Wind Instruments, Timpani, Percussion and String—a concert that critics wrote, “showed off the versatility of the orchestra’s musicians.” A multi-talented musician in her own right, Gramolini Williams played the English horn in a 2018 rendition of John Adams’ Gnarly Buttons; the Pioneer Press called her solo in the piece’s final movement “beautiful and sweet.”

Gramolini Williams regularly performs in the Minnesota Orchestra’s chamber music series. In 2022, she played Louise Farrenc’s Nonetto and, during the Summer at Orchestra Hall festival—and alongside her wind colleagues and pianist Jon Kimura Parker—Francis Poulenc’s Sextet for Piano and Winds. Amid the height of the Covid-19 pandemic, she performed several chamber pieces for the Orchestra’s livestream broadcasts, including works by Anatoly Lyadov, Paquito D’Rivera, Jean Francaix and Antonín Dvořák. Her solo in Dvořák’s Serenade for Wind garnered special attention from the Star Tribune.

In her time as an educator, Gramolini Williams has taught oboists reed-making and instrument repair, held many masterclasses, and has been an advocate for ensuring music teachers and students have adequate supplies for teaching and learning. She participated in the Orchestra’s historic 2015 trip to Havana, Cuba, and has continued to correspond with professional oboist, Lauren Rios. Gramolini Williams returned to Cuba in 2022 as a teacher and performer with the Cuban American Youth Orchestra (CAYO) and looks forward to continuing to collaborate with CAYO into the future.

Beyond her role with the Minnesota Orchestra, Gramolini Williams has performed with the St. Paul Chamber Orchestra and Iris Orchestra, and from 2012 to 2014 played with the Chicago Symphony Orchestra, Omaha Symphony and San Antonio Symphony. Her festival appearances include the Lakes Area Music Festival and the Music on the Hill Festival in Rhode Island. She received a bachelor of music degree from Oberlin College, studying with James Caldwell, and a master of music degree from Rice University, where her principal teacher was Robert Atherholt. After completing her graduate studies, she continued honing her skills under the tutelage of Mark Ackerman.

Gramolini Williams lives in Plymouth with her husband Gregory Williams, the Minnesota Orchestra’s associate principal clarinetist, and their daughter. When Julie is not performing or teaching, she enjoys running, biking and strength training.